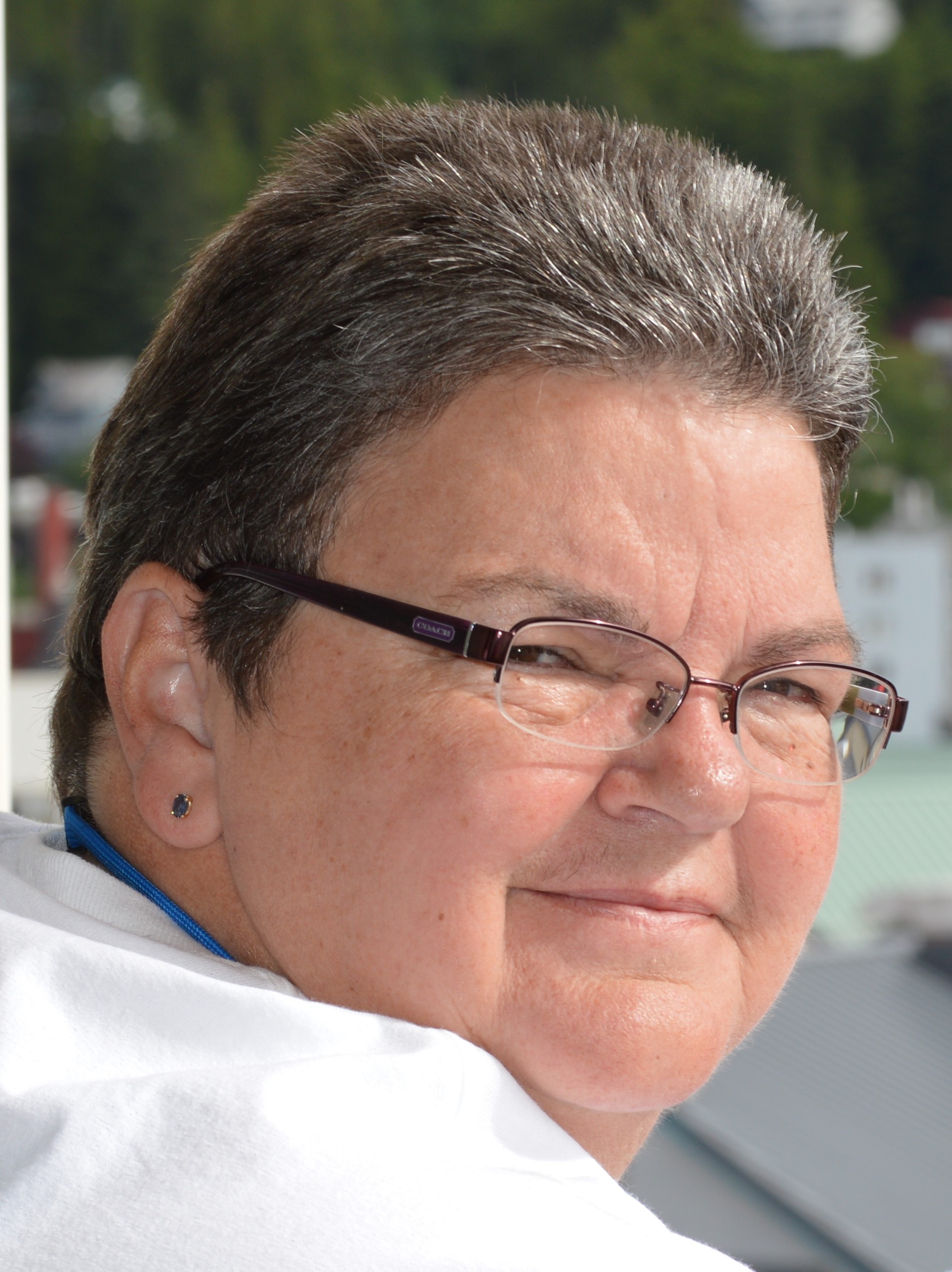 And so the next adventure begins as we embark on yet another lap around the sun. I hope everyone had a wonderful holiday and you’re rested up and ready to give 2018 hell. I know I am. Like many of you, I have high hopes and plenty of goals. We can reconvene in December to see how we did.

I am happy to be starting the year doing a reading at the ReadOut Lesbian Literary Event Feb. 16-18 in Gulfport, Fl. More than a dozen authors will be attending and reading. A workshop is also planned for Sunday as well as a panel discussion. If you’re interested in attending, all the details can be found at READOUT2018.

If reading more lesfic is one of your goals, don’t miss out on your chance to read and win with Jae’s Lesbian Book Bingo all year long. A ton of authors and publishers,including myself, are in on the prizes. All the details are HERE and you might just discover some new favs along the way.

Side note and shameless plug: If listening to lesfic is on your agenda, “Switchback” is now available alongside “Love By Design.” Both are available on my Amazon page.

Now, let’s get this year started with a well-established author who has written romance, fantasy, and my personal favorite, cowgirls, the talented Ali Spooner.

Thank you, Ali, for taking the time to share your new book with us and to answer a few of  my burning questions.

My earliest attempt at writing was a poem I wrote for my dad when I was about 8 years old. Looking back on it now, I know why I don’t write poetry, but it touched him deep enough to carry it in his wallet for the remainder of his life.

Creating stories to share that allow my imagination to run free with little restraint, while also controlling the lives of the characters I create.

Do you have a certain writing routine to get in the mindset?

No routine. I try to write as often as I can, for as long as the words flow.

What inspires you to write cowgirls?

I grew up a cowgirl in central Florida. It was hard work, but some of the greatest memories of my childhood. It allows me an opportunity to share some experiences with people who’ve never lived in the country.

What’s your favorite genre to read?

Other than everything Lesfic, probably crime mysteries, such as John Sanford’s Prey series or Patricia Cornwell’s Scarpetta series.

What books are you reading now, or are on your to-read list?

High on my TBR list are Jen Silver’s Changing Perspectives and Lacey Schmidt’s Playing with Matches. My list is long, but one day I’ll catch up with my reading.

What writers do you look up to and why?

There are too many to mention, but Lee Lynch and Katherine V. Forrest, were some of my favorite authors to read. They both did so much to pave the way for today’s writers.

Is there something you would like to write, but it feels daunting?

One day I will build the fantasy world that has been very slowing growing in my imagination. It’s on the tips of my fingers, but it’s not yet time to write this story.

If you were a character in one of your books, which one would you want to be?

Coal Bryant is such an awesome cowgirl in my imagination. A wounded soul, Coal never hesitates in protecting the ones she loves. She can be the ultimate bad ass when needed, but also has the heart of a teddy bear.

What current actress do you think would play the best cowgirl?

I totally fan girl over Jennifer Lawrence and Ruby Rose. Either of them would look awesome in a pair of Levi’s and leather chaps.

Any tips for new writers?

Never let someone destroy your dream. Write like crazy, don‘t be afraid to let your emotions run wild, and listen to your editor who will help you polish your work and sharpen your skills.

How do you work through writer’s block?

Knock on wood; I’ve never had writer’s block. I never focus on just one story at a time, so if one character grows silent, there has usually been one or more ready to have their stories told. I never try to force a story. If it doesn’t hold my passion, I move on to one that does, until the characters have decided where they want to go.

I’m working on a new series for 2018 called The Strong Southern Women series. Right now, there are 5 books in progress for the series. There are a few sequels I’m trying to work on and several short stories. Fellow Affinity Rainbow Publications author Annette Mori and I are teaming up on a project for release next spring. 2018 will be a busy year for me if everything works out as scheduled.

“Diamond Dreams” is coming soon. An excerpt follows at the end of the interview.

You can buy all Ali’s books on Amazon.

Ali Spooner, a native of Florida, currently living in Pensacola. As an “Indie” author, Ali has been writing for many years as a hobby, and with the assistance of the Affinity team, has taken her love of storytelling to a new level.

Ali’s characters range from cowgirls and psychics, to a healthy dose of supernatural beings. She has written stand-alone titles and series. Ali is an avid reader and her other hobbies include photography, outdoor activities and watching college sports.

The ball made a loud pop as it whizzed past Cameron St. Angelo and hit the leather of the catcher’s mitt. The inside pitch was meant to brush her back from the plate, but Cam barely twitched as the ball breezed right past her face. After the umpire bellowed, “Ball two,” Cam stepped out of the batter’s box and tapped the aluminum bat against the metal cleats on both shoes. She turned her head toward the pitcher’s mound and grinned. “Is that the best you got, Bugsy?”
“You damn well know it isn’t,” the pitcher growled back.
“Are y’all gonna play ball or jabber the rest of the game?”
Cam stepped back into the batter’s box. “Sorry, Blue.” She twisted her right foot in the packed clay until she felt comfortable and dropped her hand, indicating she was ready for the next pitch.
“’Bout damn time, St. Angelo,” the catcher barked. “This gear is hot, so let’s get a move on.”
“Bring it,” she called out to the pitcher.
Ursula Bugg, or Bugsy to Cam, was a top-ranked pitcher on the opposing team, and Cam knew she had a wicked-fast rise ball. She also knew that Ursula had a weakness and it was Cam herself. They had competed against each other in every sport since they first met in high school, and Cam had always proven to be the superior athlete. As hard as she tried, Bugsy had never bested her in any sport, and facing Cam now as the opposing pitcher would make no difference. Yes, Bugsy was good, but Cam was better, and she understood how much she got into Bugsy’s head. They’d battled through three years in high school, and by their senior year, Bugsy’s frustration had grown to an obsession. Bugsy’s continued attempts to flirt with her creeped her out at first, but Cam learned to deal with Bugsy by ignoring her comments and gently reminding Bugsy that she had no interest in dating her.
It didn’t matter that Cam was an all-state shortstop and the team’s leading cleanup hitter, bound for Baton Rouge in the fall with a full ride to play softball for LSU. Bugsy was determined to strike her out. Cam could almost hear the grinding of Bugsy’s teeth as she reached deep down inside for extra strength and released the next pitch.
“High and wide,” the umpire called out. “Three balls and one strike.”
Forced to throw a strike, or risk walking her, Bugsy stepped off the mound to wipe her hand, as Cam waited on the fastball that would be nestled in the center of the plate. Bugsy then stepped up to the pitching rubber, using the toe of her right foot to dig the hole beside it deeper for more traction and power, then begin her windup. She moved as if in slow motion to Cam, and the ball looked the size of a cantaloupe as it approached. Cam’s eyes locked on their target as she tucked her chin to her chest and started her swing. Her teammates were probably holding their breath, but Cam had no doubts the ball was leaving the park. She caught the ball on the sweet spot of her bat, and it sailed out of the park for a walk-off home run. She rushed out of the batter’s box toward first base as the left fielder backed toward the fence until she realized there was no keeping the ball in the field of play. Cam rounded the base and slowed her pace to a jog as Bugsy glared at her from the pitcher’s mound. When her cleated foot touched home, the umpire called, “Ball game.”
Welcomed by her teammates with high fives and slaps to her helmet, Cam made her way to the dugout to drop off her gear before joining her friends in congratulating the other team on a game well played. When she approached Bugsy at the end of the line, she smiled. “See you next fall.”
“You better believe it,” Bugsy answered, finally cracking a smile. She would also be attending LSU to play softball. “Maybe we’ll meet again next week if we make it to the tournament.”

Thank you for reading. Look for Shira Glassman in March to tell us about her new book. I’m working on the rest of the 2018 line up, so please send in suggestions.